Purdue CAM2 Research Group - Drone Video Team started preparing for 2021 LPCVC Since August 2020. The objective for the team is to collect and build drone video datasets, a referee system for competition evaluation, and a sample solution for the competition task. All members who operate the drone are trained and required to pass the drone operation test. Members who pass the test receive a one-semester certificate proving the ability of flying drone indoor and outdoor.

*All drone videos are taken by Drone Video Team members with certificates.

The sample data provided consists of a variety of sequences of people throwing balls, and have been ranked in difficulties Easy, Medium, and Hard. The videos were recorded at Purdue's Kurz Technology Center, and The Armory building on campus using the DJI Mavic Mini, Air 1, and Air 2.

The videos are available to download, along with their corresponding input .csv file that provides the correct ID's of objects in the video. A more detailed explanation behind using the inputs can be found at the Sample Solution Repo.

Constructed in 2009, this 105,000-square-foot facility is Purdue Research Park's flagship incubator and home to the Purdue Research Foundation administrative offices. The Park works with Purdue faculty, staff and students to bring innovations to the people and economies that need them most.

The team picked this location in Purdue's Research Park to record outdoor video data because it has large open areas with little tree cover surrounding it, and is very close to Purdue's Main Campus. When it was built, the Armory housed the Army, Air Force, and Navy ROTC Battalions. Today, it's used as a multipurpose facility in which students use it as a dining space, gym, or reserve it's space for sports club practices.

The team chose this location to film all the indoor drone video footage as it's one of the largest indoor spaces on campus besides Purdue Airport's Hangars, and there was enough room to safely operate the drones to record video during the colder months. 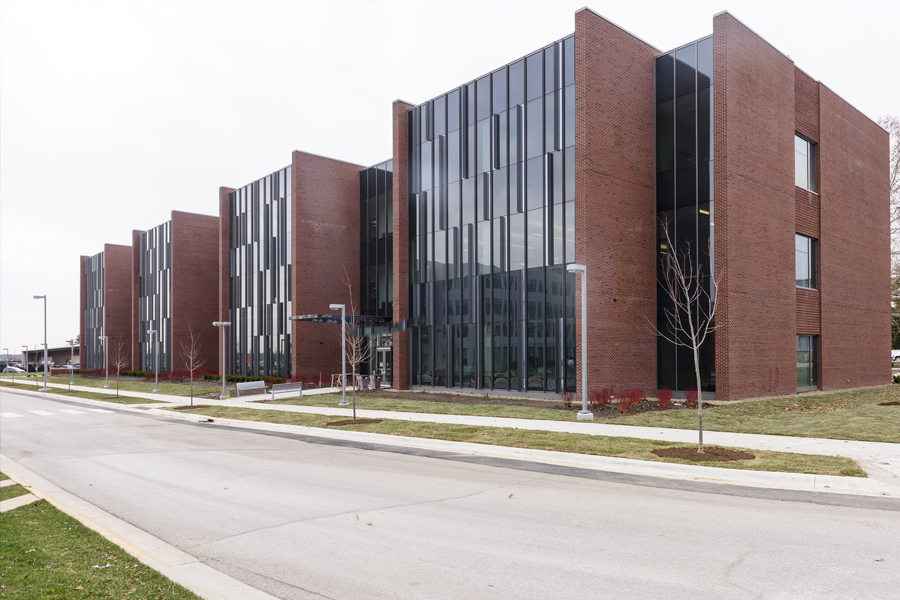 The Flex Lab, which opened in December 2017 in Discovery Park, is designed to adapt to the creative and innovative needs of Engineering professors and their students.

Its wet-lab, dry-lab and open spaces enable teams to collaborate on interdisciplinary research and discovery that ranges from advanced manufacturing to imaging, and from information technology to medical devices.

“We have space in the lower level of the facility that is well suited for research using optics tables and lasers. There are two high-bay spaces extending from the first to second floor designed for work with large equipment or experimental apparatus. The building houses space for both wet and computational laboratories, and there are also dedicated and shared office and meeting spaces for building occupants.” 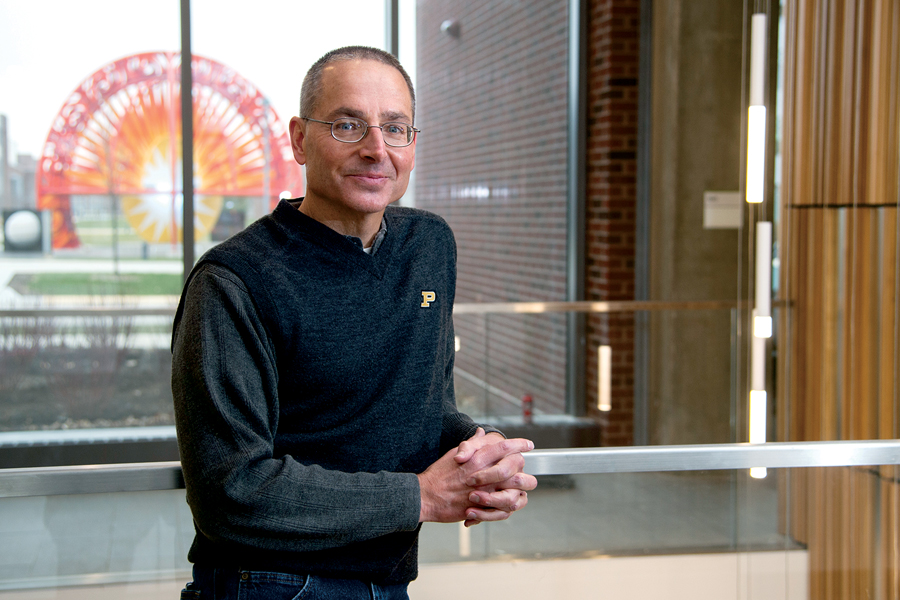 The Neil Armstrong Hall of Engineering is one of the cornerstones of Purdue's strategic plan and the university's commitment to remaining at the forefront of engineering research and education. Prominently located at the corner of Stadium and Northwestern Avenues, Armstrong Hall is the flagship of the College of Engineering, and provides a dramatic, welcoming northern gateway to Purdue's campus.